Add to your calendar

In this thesis, we employed current and developed new models of quiescent cancer cells and applied live cell imaging for improved preclinical evaluation of cancer drugs in hepatocellular and colorectal carcinoma cell lines. As part of this work, a new assay to measure mitochondrial membrane potential in three-dimensional cell models was developed, an application of the JC-1 assay, and we demonstrated that the preferential activity against quiescent cancer cells of nitazoxanide is shared by two kinase inhibitors: sorafenib and regorafenib. The sensitivity of quiescent cancer cells to nitazoxanide, sorafenib, and regorafenib correlated with the disruption of the mitochondrial membrane potential. Nitazoxanide and sorafenib, in combination, caused an additive decrease in viability, mitochondrial membrane potential, and colony regrowth capacity. 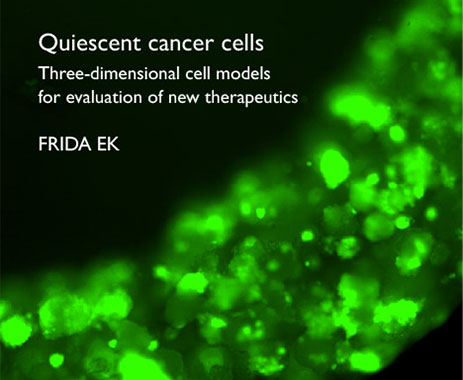