Oral immunotherapy is an interesting alternative to antibiotics. We have shown that daily gargling with specific antibodies results in a potent reduction in the number of P. aeruginosa infections in cystic fibrosis (CF) patients. This treatment has been approved by the Swedish MPA for individual compassionate use prescriptions. We are also conducting other clinical studies with yolk antibodies for oral immunotherapy.

Both cystatin C and acute phase markers such as hsCRP and IL-6 have been shown to be potent risk markers for cardiovascular diseases. We collaborate with the PIVUS and ULSAM research groups on studies on cardiovascular risk markers.

Serum or plasma TPS, TPA, VEGF, bFGF, HGF and TK are some of the tumour markers that we are presently using in clinical studies.

The research group is also participants in the Uppsala Berzelii center for neurodiagnostics. Read more about our projects. 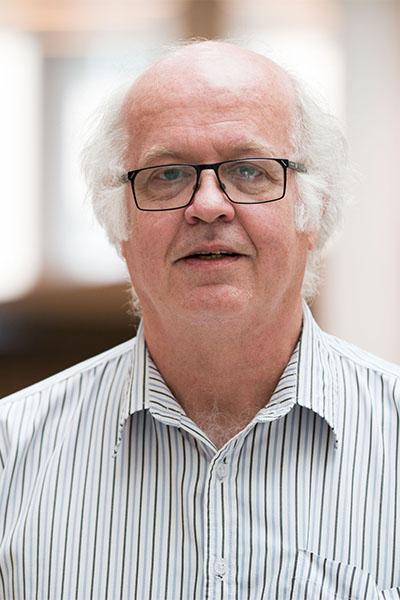 Cystic fibrosis (CF) is a hereditary life-shortening disorder with repeated respiratory infections and malnutrition as main clinical manifestations. Chronic lung infections with Pseudomonas aeruginosa (PA) are major causes of morbidity and mortality. We have shown that we can reduce the number of pseudomonas infections in CF patients by oral immunotherapy with anti-pseudomonas IgY. The study includes more than 100.000 daily patient doses and is the world's largest study with IgY. We have received an orphan drug designation from EMEA. We have received an EU grant (EUR 5.35 million over a 4 year period) for a clinical multicenter study to prevent pseudomonas infections in CF patients. We are also performing studies on the use of avian antibodies to prevent ventilator associated pneumonia.

The gonadotropins are secreted from the human pituitary as spectra of isoforms with different degrees of sulfonation and sialylation of the oligosaccharides, modifications suspected to determine their half-lives in the circulation. We found that the decline in LH and FSH during GnRH receptor blockade is associated with a decrease in sulfonated and increase in sialylated residues. The results indicate that both sulfonation and sialylation of the gonadotropins regulate their half-life in the circulation. The rapid disappearance of LH isoforms with two and three SO3-GalNAc residues suggests their removal by hepatic SO3-GalNAc-receptors similar to those in rodents. Episodic secretion of spectra of isoforms with different half-lives is expected to lead to continuous changes in gonadotropin isoform compositions in blood.

Studies of the role of prostasome in fertility and prostate cancer

We discovered the prostasomes more than 30 years ago and named them. The prostasomes with their complex membrane architecture have been assigned multifunctional features in the normal reproductive process. What is more, evidence has accumulated pointing to a role of prostasomes in the propagation of prostate cancer, based on the findings that also malignant prostate cells are able to produce and export prostasomes to the extracellular environment. Furthermore, the abilities favouring prostate metastatic tumour cell survival and motility in an otherwise hostile environment are upregulated in prostasomes deriving from prostate cancer cells compared to prostasomes from normal secretory prostate cells.

Estimation of the glomerular filtration rate (eGFR) is essential for the diagnosis and monitoring of patients with kidney disease and for correct dosage of drugs that are eliminated from the circulation by the kidneys. Cystatin C has been shown in several studies to be superior to creatinine for estimation of eGFR. We have shown that cystatin C estimated GFR has a very good correlation with iohexol estimated GFR both in patients with slight and severe kidney disease. Cystatin C also has a low diurnal variability, which facilitates the use of the marker. Cystatin C is also a promising risk marker for cardiovascular morbidity and mortality and is significantly correlated with HbA1c, diabetes and inflammation in elderly males