Our overall aim is to identify novel pharmacological and non-pharmacological principles to prevent and treat type 2 diabetes. The treatment options have gradually improved, but this very common disease carries a high risk for cardiovascular and other organ complications. Thus, there is a great need for discovery and development of additional prevention and treatment concepts. Obesity plays a major role in the development of type 2 diabetes, and our research focuses on adipose tissue and its interaction with other organs.

One specific research topic is the link between inflammation, the immune system and metabolism. In this context we study effects of immune-modulating drugs on adipose tissue metabolism, for example glucocorticoids and agents used after transplantations. We also examine other drugs that can promote diabetes development, eg antipsychotics. These investigations are performed in adipose samples from patients and healthy volunteers. Characterization of the mechanisms behind such metabolic side effects may be utilized ‘in the opposite direction’ to prevent and treat diabetes.

Another area is obesity surgery, which typically leads to marked metabolic effects including prevention or remission of type 2 diabetes. The studies are performed in obese patients before and after their surgery, and the effects are investigated with a variety of techniques. These include PET and MR imaging, glucose challenge and adipose tissue sampling in order to characterize nutrient metabolism and hormone regulation in the whole body and in fat cells . In addition, we elucidate effects on neuronal activity and glucose metabolism in specific regions of the brain, which can be important for regulating food intake and metabolism in other organs. Taken together, the metabolic adaptation following obesity surgery could  provide new insights that lead to novel pharmacological concepts in obesity and diabetes.

We also study novel drug treatments in exploratory clinical trials. In particular, we focus on modern promising drug classes used in type 2 diabetes, so-called SGLT2 inhibitors and GLP1 analogs. New therapeutic applications as well as mechanisms of action are addressed in patients with diabetes or obesity. We also participate in large-scale observational studies of long-term clinical outcomes, including effects of different diabetes medicines. In this work we utilize the unique Swedish population and health care registries.

The research group consists of approx. 20 persons including basic scientists, research nurses and physicians. We have a clinical research unit and also a laboratory for experimental work in cell and molecular biology. We have several research collaborations with academic institutions as well as industry, at the local, national as well as international level. We have access to large population cohorts that enable epidemiological studies on development of diabetes and its complications and likewise on clinical effects of different treatments.

Within the group there is also a separate programme involving research on Diabetes nursing, see below.

Our research programs relate to diabetes nursing throughout the life cycle and include three main parts:

In longitudinal studies we evaluate factors of importance to evaluate both patient’s perspective and perception of provided in inpatient care and primary care. It is of importance to evaluate evidence-based nursing care in order to assess whether they are effective or not. Another part of our research includes the development and testing of the measurements that give the care givers information about the patient’s health and impact of the diabetes on the daily life and health.

The education of diabetes nurses is a very important part of our activities. 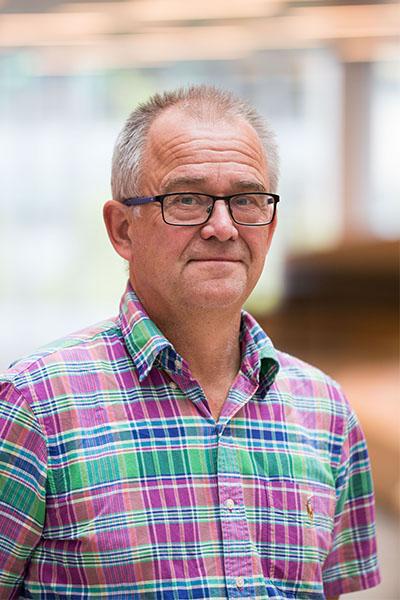 Professor at Department of Medical Sciences, Clinical diabetology and metabolism

Projects: Role of adipose tissue and adiposity in diabetes

Many therapeutic agents affect glucose tolerance and can predispose to diabetes, especially when pre-existing factors are present.  These drugs may act by increasing insulin resistance, by affecting insulin secretion or both. Examples include glucocorticoids, immunosuppressive agents and antipsychotic drugs. Our group aims to identify novel mechanisms for insulin resistance induced by these drugs in insulin sensitive cells, in particular human adipocytes, by exploring pharmacologic manipulation, in vitro and in vivo, leading to insulin resistance.

Glucocorticoids and immunosuppressive agents are used to prevent graft rejection after organ transplantation and to treat autoimmune and inflammatory diseases. In addition to suppression

of the immune system, these drugs can increase the risk for dyslipidemia, diabetes, central adiposity and cardiovascular disease. Our previous work indicate that the immunosuppressive calcineurin inhibitors cyclosporin A and tacrolimus impair cellular glucose uptake in peripheral tissues by removing the major glucose transporter, GLUT4, from the cell surface, but without affecting the insulin signalling cascade. The project evaluates effects of calcineurin inhibitors on the expression of specific proteins involved in GLUT4 trafficking and glucose transport. Furthermore, our work has identified genes in adipose tissue that are highly regulated by glucocorticoids and that are associated with insulin resistance, and they include FKBP5, cannabinoid receptor type 1 and lipocalin-2. We perform mechanistic studies, using for example specific antagonists or agonists or gene editing (CRISPR/Cas9) to address their molecular pathways and causal role in metabolic disorders.

The underlying mechanisms by which antipsychotic drugs contribute to the development of insulin resistance, weight gain, dyslipidemia and type 2 diabetes are not clear. We will address the effects of antipsychotic drugs on whole-body and adipose tissue metabolism as well as on adipose tissue hormones, inflammatory markers and nerve activity that may be of importance for the development of type 2 diabetes and obesity.

These studies can provide novel mechanisms and biomarkers for drug-induced metabolic dysfunction of the adipose tissue. They can be used to identify therapeutic strategies to minimize or reverse such adverse effects. Importantly, these mechanisms can be of relevance for the development of future treatments for other forms of insulin resistance, including prediabetes and manifest type 2 diabetes.

Effects of gastric bypass surgery on glucose and lipid metabolism

The project is run in collaboration with the Dept of Surgery (Prof Magnus Sundbom), and it focuses on the profound changes seen in glucose and lipid metabolism following bariatric surgery. Obese patients undergoing gastric bypass (GBP) markedly improve their insulin sensitivity and glucose tolerance. According to most available data, these effects are much greater than what the weight loss itself can explain. Thus, it is believed that there are important factors induced by the rearrangement of intestinal anatomy that influence metabolism in various organs.

We investigate metabolic effects of GBP in comparison to similar weight loss achieved with very low-calorie diet on glucose and fatty acid turnover as well as insulin sensitivity in specific tissues. In addition, we perform functional assessments of the insulin-producing beta cells. Both type 2 diabetic and non-diabetic patients with obesity are enrolled, and a specific aim is to address mechanisms explaining the remission of diabetes that is often seen following GBP. We utilize a broad range of investigations such as glucose clamps, glucose challenge tests, imaging (PET and MRI), autonomic nerve activity and also in vitro assessments of tissue material obtained by biopsies.

The main purpose is to identify novel mechanisms following GBP that improve glucose and lipid metabolism. Such findings could potentially also lead to discovery of non-surgical treatment concepts, involving pharmaceuticals or life-style, to prevent or treat diabetes and obesity. In the long-term perspective, the results could also support bariatric/metabolic surgery as a treatment of choice for many type 2-diabetes patients.

Studies of clinical and metabolic effects of novel medicines

We currently perform several studies exploring possible novel indications for the antidiabetic drug class of SGLT2 inhibitors. They include exploratory clinical trials for proof-of-concept  as well as mechanistic human studies. They focus on energy balance and obesity, effects on fatty liver disease and endocrine effects relating to gut and pancreatic islets in particular. We plan to use PET/MRI investigations to performed detailed measurements of energy metabolism in specific organs. We are also involved in registry-based epidemiological studies addressing the clinical outcomes of such drugs in comparison to other diabetes treatments. Effects on cardiovascular and other organ complications and mortality as well as health economy are evaluated.

There are also collaborative studies on outcomes following treatment with new medicines, in particular biologicals, in dyslipidemia, osteoporosis and renal failure.

A new questionnaire is needed, as there is no measurement that meets the ambition of a comprehensive diabetes-specific measure based on the capability approach. Within a pilot

study, a first version of the questionnaire (the Diabetes Capabilities Questionnaire I) has been developed. The revised questionnaire has been successfully tested among 2000 patients with diabetes.  The final questionnaire will be implemented in National Diabetes Registry (NDR) during 2015. A comprehensive evaluation of diabetes and diabetes care from the patient’s perspective will enable the NDR to meet the ambition to follow up, improve and develop diabetes care based upon the individual’s situation. Another study has a phenomenological perspective about patient with diabetes experience of learning and support for learning and also diabetes nurses' experience of providing support for learning to live with diabetes.

Damage to the eye is the most feared complications of diabetes and one of the most common causes of vision loss is diabetic macular edema (DME). In January 2011 a new treatment for DME,

called anti-VEGF treatment was approved. The aim is to evaluate the new treatment, anti-VEGF, using both qualitative and quantitative evaluation, by describing the patients experience and measuring their health-related quality of life as well as medical

endpoint. The quantitative evaluation showed The result showed that the participants reported a relatively low general health with the patient reported measurements (PROMs) NEI VFQ-25, vision specific, and SF-36, a general measurement before treatment start. At the one year follow up 52 % of the participants had achieved an impaired visual acuity measured with ETDRS and a decreased macula swelling, measured with OCT this means that

about half of the participants did not receive an improved visual acuity although they have undergone the same treatment.

Studies that evaluate models and educational programs preparing the patients for taking control of their self-management and health.

disease in order to engage the person as an active partner in his/her cares and treatment. Guided self-determination (GSD) is a patient educational model that intends to guide toward self-determination and to develop life skills to manage difficulties in self-management by using reflection sheets and communication methods. This model has been adapted to young people and their parents, Guided self-determination- Young, (GSD-Y). In an ongoing study we perform a randomized intervention study, which aims to evaluate the effect of an intervention with GSD-Y in groups of adolescents starting on insulin pumps and their parents on diabetes-related family conflicts, perceived health and quality of life (QoL), and metabolic control.

In another on-going study we carry out a randomized controlled study called: Acceptance and commitment therapy intervention. The aim is to test the effects of an ACT group intervention for patients with unsatisfactory blood glucose level, consisting of seven sessions and three follow-up sessions on blood glucose control and well-being.

Diabetes care is a complex process with several factors influencing the process positively. The majority of people with type 2 diabetes are treated in primary care. Evaluations of the diabetes care by the Swedish National Board of Health and Welfare (NBHW) and the Swedish Association of Local Authorities and Regions (SALAR) show that resources and practices for people with type 2 diabetes who are treated in primary care are unequally distributed within the country. Thus, the aim with this project is to study how inequalities in the primary care’s resources and organization affect patient outcomes for people with type 2 diabetes. The project is a nationwide cross-sectional study based on primary health care centres (PHCC) level data from the Swedish National Survey of the Quality and Organization of Diabetes Care in Primary Healthcare (Swed-QOP) questionnaire and individual clinical data on persons with T2DM from the National Diabetes Register (NDR). These data are linked to individual level data on socioeconomic status and comorbidities from the Longitudinal Integration Database for Health Insurance and Labour Market Studies (LISA) and the Swedish National Patient Register (NPR), respectively. The questionnaire was answered by 880 (76%) of the 1152 PHCCs in Sweden. From the NDR, a total of 290 808 individuals were identified to have T2DM in 2013. In total, the final study population comprise 846 PHCCs and 230 958 persons with T2DM.