Our research group is leading a national strategic research program in epidemiology funded by the Swedish government. We utilize many of Sweden’s cohorts in our observational research and have collected many of them ourselves, and we are leading a national initiative to increase the value of all Swedish cohorts. We also lead randomized clinical trials, mainly in cardiometabolic diseases and emergency care, and conduct systematic reviews and meta-analyses.

Our methods and method development are focused on using big data to guide risk estimation, treatment decisions, and evaluation of treatment effects, risks and costs. In addition to traditional data sources such as clinical trials and cohorts with multiple omics data, we use emerging ones such as electronic health records and patient-generated data. We use causal inference methods such as Mendelian randomization, causal diagrams, and propensity score-based methods. We also explore machine learning methods, and develop novel methods for randomised clinical trials and individual participant data meta-analysis. 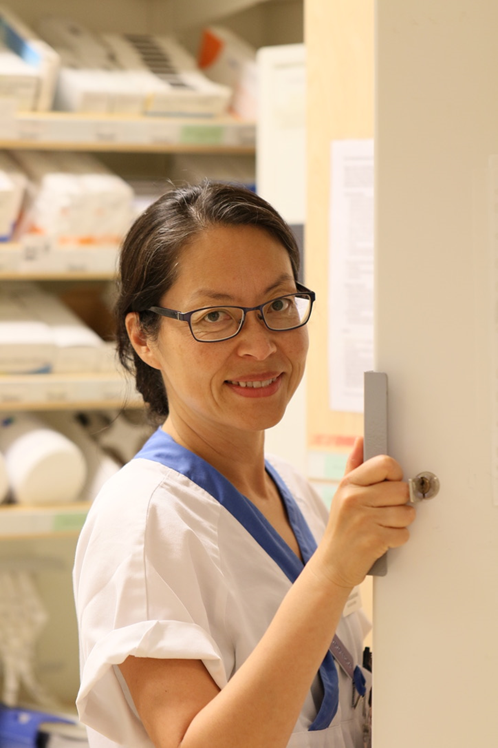 Emergency medicine healthcare professionals, just like everyone else, suffer from bad statistical intuition. Based on limited data in a chaotic environment, they need to make quick decisions about patients’ probabilities for a large number of diagnoses and risks, and steer investigations and patient management in the right directions. The problems with poor intuition for probability are two-sided. Missing dangerous diagnoses due to an underestimation of probability is an obvious risk. At the other end, doctors often overestimate the probability of certain dangerous diseases, working them up also in very low-risk patients, which results in increased costs, false positives, and patient harms.

We aim to develop an artificial intelligence-based decision support tool for acute pain to be used in clinical practice, based on electronic pain drawings at time of presentation to the emergency department that will be linked to patients’ subsequent diagnoses and prognosis.

Using a novel patient-centred smartphone-based symptom reporting system with a virtual three-dimensional manikin for pain drawings, we aim to produce suggestions for the most likely diagnoses in response to a pain report, with corresponding probabilities and confidence intervals for those predictions; corresponding predicted data needed to produce summary density images with confidence limits for those diagnoses, for visual representation of the most common diagnoses relevant to the patient’s pain report; and a self-learning system suitable for incorporation in the reporting system, utilizing an ever-growing database to refine predictions.

A framework for monitoring of new drugs in Sweden

In order to monitor the net public health benefit of new drugs, especially in the light of recent stepwise approval approaches, there is a need to optimize real-time post-marketing evaluation of new drugs using data collected in routine care. We have proposed a framework for continuous monitoring of the effectiveness, safety and cost-effectiveness of new drugs, using prospectively determined protocols designed in collaboration between all relevant stakeholders. The model, called “Sequentially Evaluated Nonrandomised Comparative Effectiveness (SENCE)”, is based on modern causal inference methods, and is designed for electronic health records data, but can use any data source to provide timely observational evidence as soon as data are generated in the healthcare systems.We are developing and researching the method continuously. 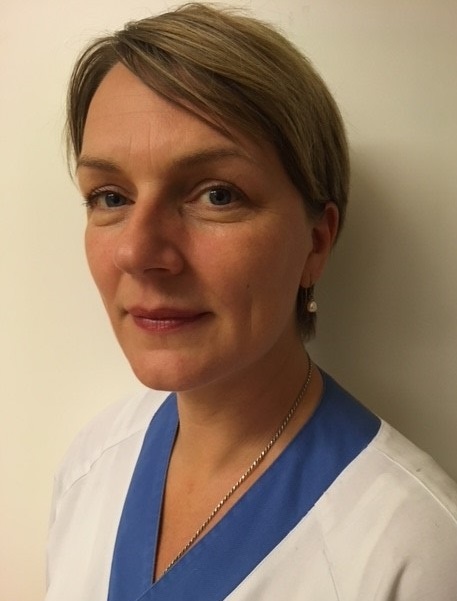 This research theme investigates the precision medicine concept in cardiovascular prevention settings. Can prevention be tailored, or does one size really fit all?

The concept of precision medicine promises maximisation of treatment benefit and minimization of treatment harm by using subtle characteristics (typically involving, but not limited to, gene variants) of patients with the same trait to guide treatment decisions.

Cardiovascular prevention suffers from poor adherence by patients to the preventive treatments. For instance, only half of those who are prescribed blood pressure-lowering drugs are adherent to the treatment. Hence, any useful application of precision medicine to cardiovascular prevention must address improvement of adherence. The potential public health gains from increasing adherence are vastly larger than e.g. developing a new drug with a slightly more effective blood pressure-lowering effect.

Decreasing the burden of disease caused by high blood pressure

Stroke is the most common clinical manifestation of vascular disease in the brain. We have assembled a cohort study of >200000 stroke patients, registered in Riksstroke (the Swedish Stroke Register) during 2001 through 2009, and a separate cohort study also including TIA-patients for the years 2011 through 2014. Cross-linking with the National Patient Register, the Prescribed Drug Register and Cause of Death Registers has been done to achieve data on previous hospitalizations, drug therapy, death dates, and causes of death. The objectives were to assess co-morbidity, functionality and drug treatment in stroke patients before and after the stroke/TIA. Of particular interest is the use of anti-thrombotic treatment before and after the stroke/TIA. In addition, and in cooperation with Gothenburg University, we have analyzed epilepsy before and after stroke.

We are investigating risks and benefits of lifestyle habits, mainly tobacco, obesity and physical activity. We have observed clear health risks with use of smokeless tobacco, we have observed an increased risk of atrial fibrillation with very high levels of physical activity (using a cohort of Vasaloppet participants), and we are comparing health effects of significant weight loss obtained through bariatric surgery (using the Swedish bariatric surgery registry, SOReg) versus that obtained through a lifestyle program (Itrim).

Sweden is a country with unique opportunities for epidemiological research, thanks to our high quality national socio-demographic and medical registries, covering the whole population since many decades. We have a large number of carefully collected population-based cohorts that have been followed for decades, as well as novel cohorts examined with the latest techniques. But Swedish cohort resources are suboptimally used. We have initiated a Swedish national infrastructure for cohort studies, the Swedish Cohort Consortium (Cohorts.se). In a pilot study of the infrastructure, we have successfully collated individual participant data from more than twenty Swedish cohorts totalling more than one million participants and twenty million person-years at risk. The full consortium will be open for all Swedish cohorts.

We have assembled and are leading a ground-breaking collaborative nested case-cohort study, the Markers of Imminent Myocardial Infarction (MIMI) study, of 2500 initially cardiovascular disease-free persons in eight general population cohorts from all parts of Europe, among which 500 develop a myocardial infarction within the first six months after the baseline examination. In the MIMI study sample, we are measuring a wide array of novel biomarkers in biobanked blood samples, aiming to identify predictors of an imminent myocardial infarction.

The Swedish CArdioPulmonary bioImage Study (SCAPIS)cohort combines the use of new imaging technologies, advances in large-scale 'omics and epidemiological analyses to extensively characterize a Swedish cohort of 30 000 men and women aged between 50 and 64 years, invited at random from the community. Participants were examined at six university hospitals using questionnaires, blood and urine biochemistry and biobank storage, anthropometry, electrocardiography, blood pressures including ankle–brachial index, a 7-day accelerometry, lung function tests including dynamic spirometry and gas diffusing capacity, imaging of carotid arteries with ultrasound and MRI in case of large plaques, and a comprehensive CT scan of the heart, lungs and fat depots. The calcium content in each coronary artery was measured and summed to produce a total coronary artery calcification score (CACS), and a contrast CT coronary angiography was performed to assess lumen obstruction and morphology of calcified and noncalcified plaques. Structural changes in lung tissue were imaged over the full lung volume after beta-2 receptor stimulation. Epicardial, subcutaneous, intra‐abdominal, intramuscular and intrahepatic fat deposits were assessed, and the liver tissue was characterized.

The Epidemiology for Health (EpiHealth) study

In the EpiHealthstudy, men and women between 45 and 75 years of age were invited at random from the community to study the interplay between genes and life-style factors on the development of common disorders seen in the elderly. Data on lifestyle exposures were collected using a web-based questionnaire and serum/plasma/DNA was biobanked at a visit to a test centre where also physiological measures including blood pressure, lung function, cognitive function, anthropometry and ECG were recorded. Between 2011 and 2015, circa 14,000 participants were included in Uppsala, and circa 11,000 were included in Malmö between 2012 and 2018.

The Prospective Investigation of the Vasculature in Uppsala Seniors (PIVUS) study

The Prospective Investigation of the Vasculature in Uppsala Seniors (PIVUS)study is a population-based longitudinal cohort study, started in 2001, of men and women aged 70. A number of cardiovascular characteristics have been collected, e.g. measurements of intima-media thickness, three different tests of endothelial function, MRI of the large arteries, myocardium and adipose tissue, and a large number of biochemical biomarkers, including genomics, proteomics and metabolomics.  A reinvestigation of the cohort at age 75 was performed between March 2006 and Sep 2009, and a reinvestigation at age 80 was performed 5 years later. Apart from analyses of classical risk factors, ultrasound of the carotid arteries and the heart will be performed together with 2 cognitive function tests and MRI of the brain.

The Youth towards year 2000 (Y2K)cohort includes 411 adolescents (193 boys and 218 girls) born 1978-79 in two socioeconomically contrasting cities, Uppsala, a university city in eastern Sweden, and in Trollhättan, an industrial town in the western part of the country. The participants were invited at random from the community, and were examined on three different occasions, at 15, 17 and 20 years of age, starting in 1993-94. Dietary examinations included a food frequency questionnaire and a combined estimated and weighed 7-day dietary record. Assessments of alcohol and tobacco habits and other lifestyle and psychosocial circumstances were determined using questionnaires. Physical activity was assessed using a questionnaire and a 7-day physical activity diary, validated in a subsample using doubly labelled water and indirect calorimetry examinations. Anthropometry and blood pressure were measured. Bone mineral density and body composition was measured using dual-energy X-ray absorptiometry. Serum and in some cases whole blood from ages 15, 17 and 20 are stored in Uppsala Biobank, in addition to measurement data and questionnaire responses.

A randomized sample of 500 individuals selected from the inhabitants of the Uppsala County aged 50 have been invited for the baseline examination. The subjects were recruited from 2010 to 2016. The subjects underwent a very detailed examination regarding cardiovascular status and metabolism, including vascular tests, echocardiography, an exercise test with gas exchange, indirect calorimetry, OGTT and sleep apnea recordings.

The ULSAM study was started in 1970, when 2322 men at the age of 50 participated in a health survey. The men have thereafter been investigated again at ages 60, 70, 77, 82, 88 and 92 years, respectively. The phenotyping focus in the ULSAM cohort has been on gluco- and lipometabolic aspects of cardiovascular disease, but several other research areas have also been explored, such as nutrition, osteoporosis, and dementia. The follow-up time for morbidity and mortality through national registers is now >40 years.

Oral anticoagulation therapy is well established and highly recommended for the prevention of recurrent ischemic stroke in patients with atrial fibrillation, but the optimal time point to start after an acute ischemic stroke is not known. The intervention in the TIMING of Oral Anticoagulant Therapy in Acute Ischemic Stroke With Atrial Fibrillation (TIMING)study will be timing of oral anticoagulation treatment onset. This study will use the Swedish Stroke Register for enrolment, randomization and follow-up, with additional data linkage from other mandatory national registers. Primary outcome will be assessed at 90 days and secondary outcomes (including all-cause mortality and health economic analyses) and will be assessed at 90 days and up to one year after the index ischemic stroke. 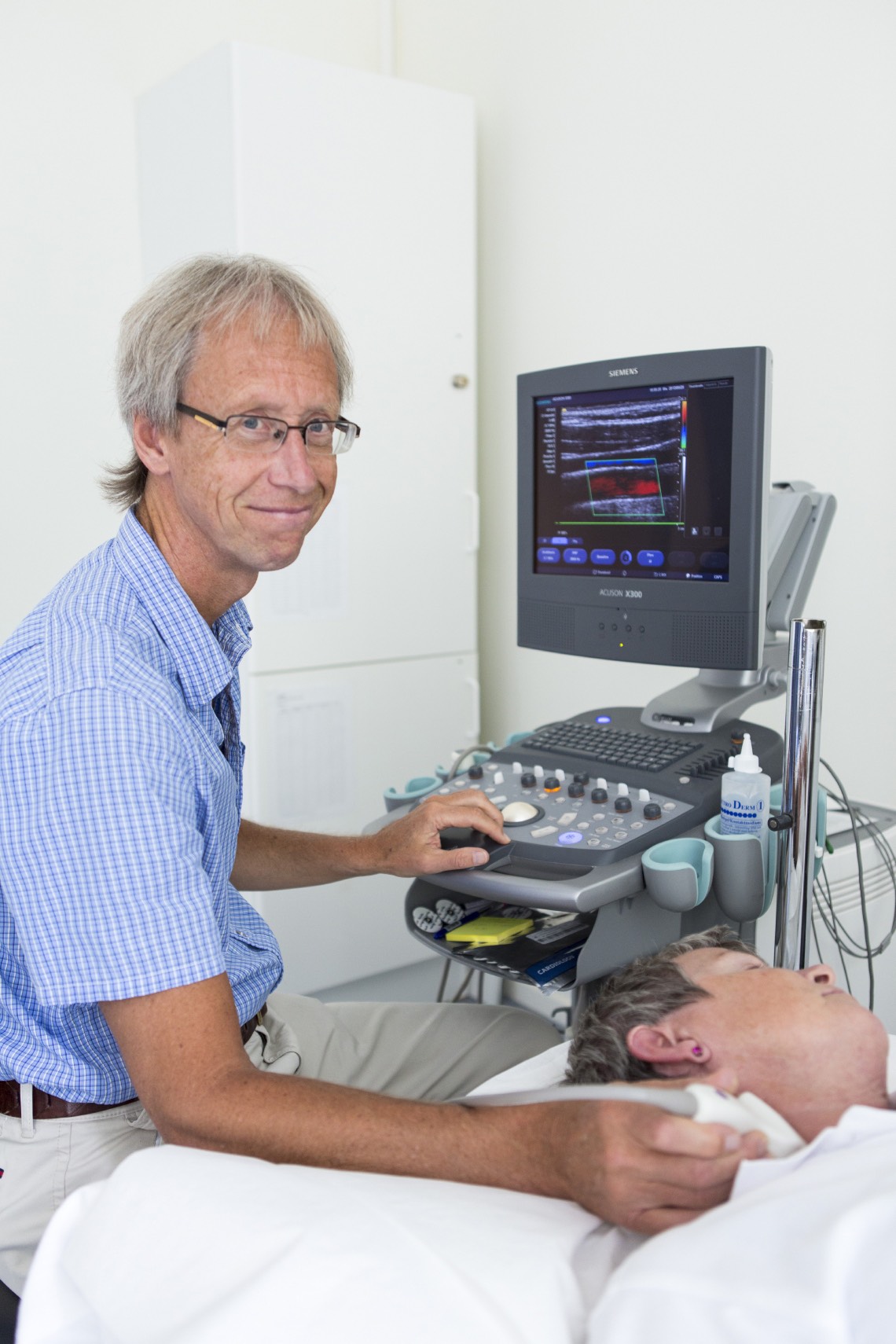 One of the group’s articles described in the BMJ as "the most important article for primary care in the last decade" (https://blogs.bmj.com/bmj/2014/08/18/).