he research group of Clinical Microbiology consists of several independent groups working with important human pathogens, both bacteria such as Campylobacter and Chlamydia, and viruses such as retroviruses and Hepatitis C virus. The goals are to understand how these pathogens are spread, how they cause disease, and to improve both detection and treatment as well as preventive measures.

Campylobacter is the most important cause of bacterial gastroenteritis in the western world and causes significant economic and disease burden on society with more than 200 000 reported cases in the EU alone. Campylobacter is a major threat to public health with C. jejuni and C. coli being the major pathogens. Campylobacter is part of the gut flora in many domestic and wild animals and poultry products have often been shown to account for the majority of human infections. Despite the increasing knowledge on molecular epidemiology and ecology as well as the availability of whole genome sequences for Campylobacter, the bacterial pathogenicity mechanisms and human characteristics connected to disease are still poorly understood.

Detection and analysis of pathogens

Early and rapid detection of disease-causing pathogens is important for combatting infections caused by bacteria, virus or fungi. As the treatment has to be adopted to the type of pathogen it would be most valuable if common pathogens could be analysed simultaneously in the same sample, so called multiplex testing. We aim therefore to develop diagnostic tests for simultaneous detection of nucleic acids from, and anti-bodies  to, viruses, bacteria and fungi. We also work to detect and analyse viral sequences by new bioinformatics methods, and search for pathogens in myalgic encephalomyelitis (chronic fatigue syndrome).

Hepatitis C virus constitutes a global health problem since it often causes persistent infections with chronic hepatitis that may result in liver cirrhosis and liver cancer. Novel drugs, so called directly acting that target specific viral proteins of the hepatitis C virus, have been developed, but their efficacy can be limited by mutations that render the virus resistance to these drugs.

Chlamydia trachomatis is globally the most commonly reported sexually transmitted bacterium and gives rise to complications with infertility as final endpoint. The research group has developed a high-resolution typing system that enables epidemiological investigations of the spread in sexual networks and populations. Epidemiology and prevention of chlamydia from an international public health perspective is also a field of research interest.

Chlamydia psittaci is defined as a high risk pathogen causing fatal respiratory infections, but the spread from wild birds to humans is not well understood. C. psittaci infections in birds and their role for zoonotic disease are investigated. Detection and identification of other bacteria causing respiratory tract infections is an additional research topic.

Several projects are ongoing with the aim to prevent infections. In the Baltic Antibiotic Collaboration Network, the focus is on clinical microbiological diagnostics and surveillance of resistant bacteria, infection prevention and control and antibiotic use. We are, e.g. also taking part in a multi-center study with Lars Engstrand, Professor of Clinical Bacteriology, Karolinska Institute and Gunilla Hamberg, chief physician at the Women's Clinic at the Uppsala University Hospital, where we map the microbial flora in the operating room during cesarean section and its significance for the normal flora of the newly delivered the children. 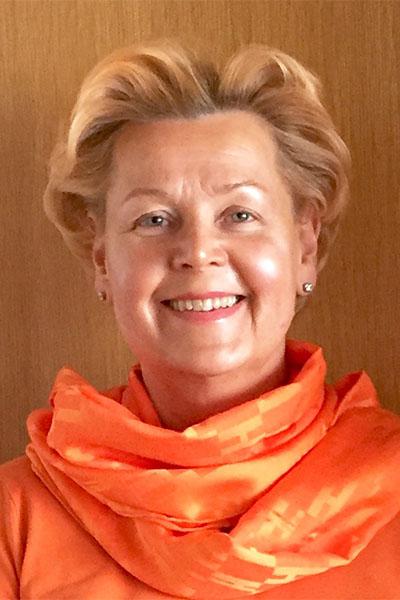