Psoriasis is a common disease with three variants - psoriasis vulgaris, psoriatic arthritis and palmoplantar pustulosis (PPP). Psoriasis may have an autoimmune etiologybut no specific autoantigens have yet been identified. Exogenous factors, e g smoking can precipitate the disease.

PPP is associated with several autoimmune disorders. It affects mainly smoking women. The inflammation is directed against the palmo-plantar sweat duct. The inflammation and the influence of smoking is under study; attempts to identify autoantigens are ongoing.

In all types of psoriasis we have found increased numbers of inflammatory cells in the gut mucosa, findings which have generated new ideas concerning the pathogenesis of psoriasis.

In order to study epidermal formation in vitro, a skin explant culture technique has been developed. We utilize fluoroprobe imaging to visualize outgrowth of fresh epithelium on a substrate of cell-free dermis. Growth rates and morphological features of newly formed epidermis are studied. Current research is focused on epidermal growth factor (EGF)-mediated signaling and the effects of antibodies and tyrosine kinase inhibitors targeting EGF receptor family members. Our aim is to identify new means by which growth abnormalities in psoriatic skin and other hyperproliferative disorders can be reversed. 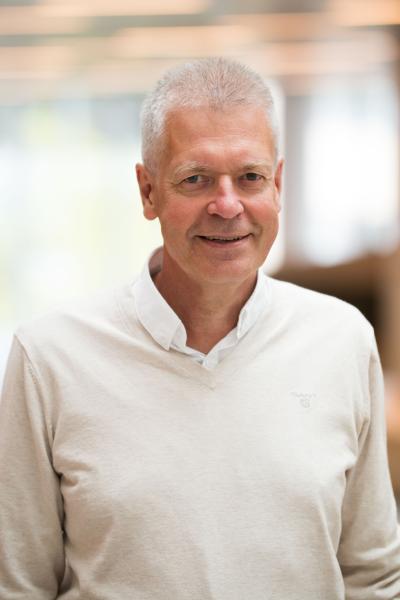 Professor at Department of Medical Sciences, Dermatology and Venereology