One in ten people have impaired kidney function or signs of kidney disease. The most common causes of chronic kidney disease are obesity, diabetes, high blood pressure and kidney inflammation (glomerulonephritis, IgA-nephritis).

The overall purpose of our research is to study and evaluate various mechanisms behind impairment of kidney function to prevent kidney damage. In patients who have already developed chronic kidney disease and impaired kidney function, we study risk factors resulting from reduced kidney function to better delay and treat the complications caused by kidney failure and also improve treatment in severe kidney failure (renal replacement therapies such as dialysis and kidney transplantation).

The renal medicine research group therefore study possible mechanisms and treatment principles to counteract the onset and progression of common kidney diseases such as obesity, diabetes and IgA-nephritis. We study, among other things, the effects of obesity surgery, which leads to positive effects on kidney function, and within the research group, studies have been conducted to develop a new treatment for IgA-nephritis.

We also study various risk factors for the development of diabetic kidney disease. An important research area is cardiovascular complications in chronic kidney disease and after kidney transplantation, as kidney failure is associated with an increased risk of cardiovascular disease. In patients with impaired kidney function, there are a large number of non-traditional risk factors for cardiovascular disease such as insulin resistance, chronic inflammation and disorders of calcium-phosphate-vitamin D metabolism. This is studied in experimental, translational, clinical and epidemiological studies in which we follow up patients with impaired kidney function in electronic medical records and national registers.

To improve treatment for severe kidney disease, members in the research group have developed a decision support tool to improve fluid balance in patients with dialysis treatment (Recova), which is now being used in the clinic. Studies are also underway on how the immune system is activated during hemodialysis.

The research group consists of research nurses and doctors/clinicians. We have several scientific collaborations with other research groups and within life-science, both locally, nationally and internationally. The results of our research will lead to improved treatments and improved quality of life in patients with kidney failure. If you are interested in kidney medical research, please contact Professor Maria Eriksson Svensson. 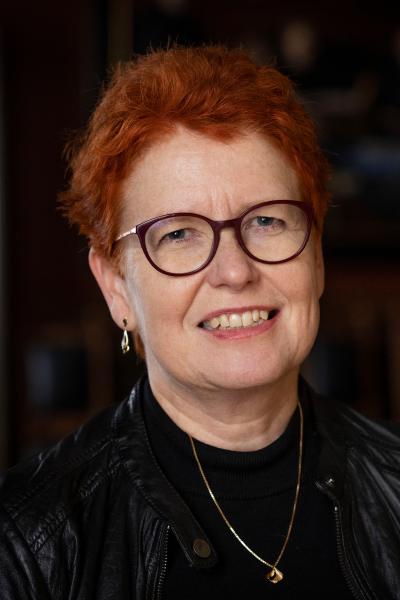 Recova is a decision support system for dialysis care developed by researchers at the Uppsala University Hospital. The goal is to facilitate a correct assessment of the patient's fluid status so that neither too much nor too little fluid is removed during dialysis treatment.