Asthma, allergy, chronic obstructive pulmonary disease (COPD) and sleep apnea are diseases with a high prevalence and a high impact on public health. In our research we investigate how the environment influences asthma and allergy and the relationship between obesity related diseases such as asthma, gastroesophageal reflux, diabetes and sleep apnea. Another aim is to improve the prognosis in COPD by investigating the impact of physical exercise and nutrition.

Asthma is one of the most common diseases in our modern society. Increased knowledge about the impact of environmental factors like smoking and indoor air pollution may make it possible to prevent and decrease the prevalence of asthma.

The prevalence of COPD is increasing. At present no pharmacological intervention has a proven effect on the prognosis of COPD. If it is possible to demonstrate that physical exercise training in combination with nutritional treatment, and in selected patients oxygen, improves quality of life and reduces hospitalisations large benefits will be achieved both from a patient and society perspective.

Our group aims to 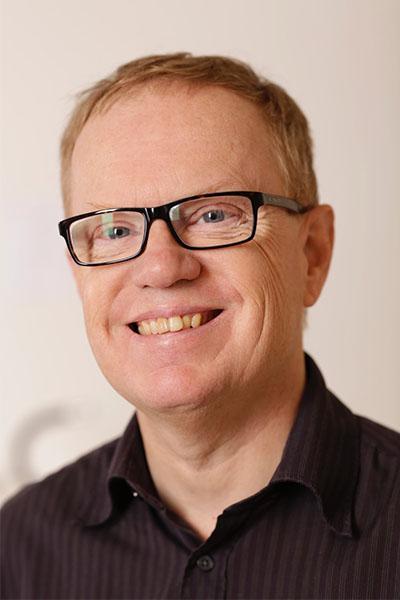 The research in our group focuses on three principal areas: COPD, asthma and allergy, sleep-disordered breathing and rehabilitation and physical activity. The group is also involved in projects concerning other respiratory diseases such as lung cancer and tuberculosis.

Epidemiology of asthma and COPD: risk factors, systemic and local inflammation and co-morbidity

In 2005, four million persons died from chronic respiratory diseases: asthma and chronic obstructive pulmonary disease (COPD) which makes this one of the globally leading causes of mortality. The prevalence of asthma and COPD has increased rapidly in most countries and in Sweden one out of every ten person has asthma and 10% of those above 45 years have COPD. The general aim is to study risk factors and co-morbidity in asthma and COPD with special emphasis on systemic and local inflammation, and the analyses are performed using data from several population studies.

During 2008 and 2009 our group coordinated a large epidemiological study in asthma and COPD through the GA2LEN network. In the study we have now completed a clinical phase were about 1600 subjects were investigated with allergy testing, spirometry, inflammatory markers etc.

In 2010 we began the follow up our large asthma cohort (RHINE II and ECRHS III). The clinical phase of ECRHS III started in 2011 and was completed during the spring 2013. Our next phase is to contact children from the RHINE cohort through a web based survey which was done in February 2015..

The MIDAS study includes children and young adults and is a project done in cooperation with a research group at the Department of Women’s and Children’s Health, Phadia (Thermo Fisher Scientific)  and Aerocrine. In the study we have included 400 asthmatics and 100 controls that have been carefully phenotyped. A follow up of the MIDAS study started in 2014 and will be completed in 2015.

The ECRHS III, GA2LEN and MIDAS populations are part of a national consortium aimed at finding better biomarkers for asthma – the ChAMP project.

The PRAXIS study is a study of COPD patients and asthma patients from Primary Care Health Centres (PCHCs) and Hospital outpatient clinics in the Uppsala Örebro Region. The study includes questionnaires to patients and Health care centres as well as structured reviews of patient records. The first phase include approximately 2000 patients with asthma and COPD, these patients were followed up 2012. In 2014 a new sample of patients was included in order to study change in management of asthma and COPD. The PATHOS study is a study of 21,000 COPD patients from PCHCs in different part of Sweden. The study uses patients record data merged with data from national registries.

The CHROMED study is a EU funded study of the use of telemedicine in COPD, this study is conducted in cooperation with the research group of Clinical Physiology. Our research group is also involved in the planning of the SCAPIS study a large cardiopulmonary imaging study that started recruiting patients in Uppsala during the autumn of 2015.

About 4% of men and 2% of women are diagnosed and treated for obstructive sleep apnea syndrome (OSAS). We have recently reported that the occurrence of sleep apnea, i.e. at least 5 respiratory pauses per hour of sleep is far more common and up to 50% females in the population fulfil these crieteria. However, the knowledge about long-time evolution and consequences of this are sparse especially in women. The major aims are to understand the consequences of sleep-disordered breathing (SDB) to health and to understand the underlying pathophysiology. Our research is mainly epidemiological in design and we follow two unique population-based cohorts (one male and one female) prospectively who were investigated for sleep disorders at baseline and followed for health outcomes. Subsamples have been clinically investigated including polysomnography, blood sampling and oral glucose tolerance test. During 2013-16 we have been working on the SHE study, a unique 10-year follow-up of a community-based cohort of women including repeated full-night polysomnography. In recent years we have focused also on the impact of sleep architecture on metabolism and health. We are about to start a inclusion of matched men for comparison of sleep architecture and consequences of sleep apnea between gender. In addition, in a randomised, controlled trial we study the effect of physical training on sleep-disordered breathing. In the same clinical cohort we analyse the effect on metabolism and systemic inflammation when the sleep-disordered breathing is effectively treated. Since 2013 we are running a clinical trial in obese patients with and without sleep-disordered breathing, the ELVIS study. The main purpose is to analyse effects on glucose metabolism and lung function by treatment of sleep-disordered breathing and by rapid weight loss by surgery. Ongoing clinical trials also include a study to evaluate the role of measuring nose resistance to predict treatment compliance and also to validate questionnaires used to select patients at high risk of sleep apnea syndrome. We do also participate in other large cohort studies performed in Uppsala such as Epi-Health, SCAPIS and the POEM study were we focus on the impact of sleep disorders on health and the interaction with other diseases.

Since 2011 our group is coordinating a multicenter study investigating the long-term benefits (2 years) of a behaviour medicine intervention in chronic obstructive pulmonary disease (COPD) patients. Patients who have participated in exercise training twice a week for 8-12 weeks are eligible to take part in the study. They are randomised to a maintenance behaviour medicine intervention for six months or usual care. The intervention includes telephone calls, initially every week, and thereafter more seldom, focusing on improving physical activity level in everyday life. Fifty-two patients out of 100 have been included and three sites are participating.  The study is ongoing.

In 2012 we started a Nordic multicenter study, the AMBOX study (Ambulatory oxygen), aiming at investigating the benefits of supplemental oxygen to patients with COPD, who do not have long-term oxygen therapy, but desaturate during exercise. Ten sites are now including patients and a total number of 66 out of 144 patients have been included and followed for a year. The study is ongoing.

The TRIAD study including 100 COPD patients from the lung clinics in Uppsala and Gothenburg   aiming at identifying physical capacity, physical activity, nutrition status and inflammatory markers is completed and analyses is ongoing. Also the 4-year follow-up of all patients has been completed.