The research group in rheumatology is led by Professor Lars Rönnblom. Rheumatic diseases, i.e. inflammatory and autoimmune conditions, affect a significant part of the population and cause suffering, disability and health care costs. In rheumatic disease the body´s own immune system is unable to correctly distinguish between self and non-self, which can lead to an immune attack on the body's own organs (joints, skin, kidneys, etc.). The cause of this defect in the immune system and possible triggering factors are largely unknown.

The overall objective of our research is to understand the underlying causes and development of various rheumatic diseases, potential risk factors for disease and associated complications. Such knowledge can eventually lead to the development of better diagnostic methods and treatments. Our research is mainly focused on systemic lupus erythematosus (SLE), Sjögren's syndrome, ANCA-associated vasculitis and the link between rheumatic diseases and lymphoma development.

Within the research group there are also ongoing studies led by assistant professor Eva Baecklund on the progress of lymphoma and other tumor diseases in patients suffering from different rheumatic diseases. 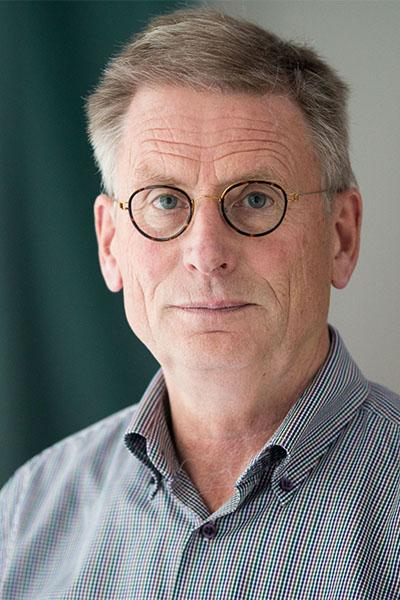 Systemic inflammatory autoimmune diseases are a heterogeneous group of chronic inflammatory diseases with involvement of multiple organs where the patients have low quality of life and increased mortality. Systemic lupus erythematosus (SLE) is considered the prototype systemic autoimmune disease and is characterized by an increased production of interferon, a signaling molecule activating the immune response upon virus infections. Patients suffering from SLE and other systemic rheumatic diseases, such as Sjögren’s syndrome, systemic sclerosis and myositis, display signs of an activated interferon system with a sustained interferon production although evidence of  an infection are lacking. The sustained interferon production in these patients maintains the immune system activated and enables thereby the autoimmune process. In our research we study the key autoimmune mechanisms behind autoimmune reactions, including the genetic background, and try to clarify in more detail how the interferon system becomes activated and dysregulated in SLE and other autoimmune diseases with the aim to develop new therapies.

During the years, we have made seminal contributions to the understanding of the etiopathogenesis to these diseases by contributing to the identification of 25 out of the > 50 confirmed risk-loci for SLE and also identified several risk genes for other autoimmune diseases. This work has been made possible by the close collaboration within the Swedish SLE network, which is coordinated by Lars Rönnblom and encompasses > 1500 patients. In March 2014 we launched an international collaborative project, for which Lars Rönnblom is the PI, between AstraZeneca and SciLifeLab. The project is entitled “Dissecting disease mechanisms in three systemic inflammatory autoimmune diseases with an interferon signature –DISSECT”. The overall aim of the study is to identify molecular pathways in sub phenotypes of three systemic inflammatory autoimmune diseases which share the type I interferon signature in blood and target organs. In DISSECT we aim to perform targeted sequencing of 1900 genes in 1000 patients each for the diseases SLE, Sjögren’s syndrome and myositis, as well as 1000 common control individuals. Most of the individuals have been sequenced, clinical information has been collected and a database has been established. Our epigenetic studies have continued and also expanded with several collaborative projects.

Regulation of the type I interferon response by immune cells

In this subproject, we are investigating the interaction between innate and adaptive immune cells in the immune response. Our main focus is the interaction between plasmacytoid dendritic cells (pDC) and other cells of importance in the autoimmune process, such as T cells, B cells and NK cells. In the figure, our SLE disease model is outlined and this model is now internationally accepted. Furthermore, we are in the DISSECT project investigating potentially new drugs in vitro for their capacity to modulate immune activation and interferon production.

Uppsala Bioresource (UBR) is a permanent resource of genotyped (200K Immunochip, Illumina) healthy blood donors visiting the Uppsala Blood Transfusion Center, Uppsala University Hospital. UBR keeps a sample collection within Uppsala Biobank and currently the UBR sample collection contains cellular material, DNA and serum from 2000 donors. Hitherto a total of 16,300 samples have been collected in UBR and over 11,300 samples have been withdrawn for analysis in-house, locally, nationally as well as internationally by 10 different research groups. At the moment, cells and samples in UBR are used for the ongoing projects in the research group, but also by our collaborators in Sweden and international.

Through The Scandinavian Sjögren’s syndrome research network coordinated by Gunnel Nordmark, a unique cohort of >1000 clinically well characterized pSS patients has been identified with DNA, RNA, viable cells and tissue biopsies collected. Using this world unique and powerful cohort and biobank, we aim to identify novel genetic and epigenetic factors contributing to the development of this autoimmune disorder. We have participated in the first international collaborative genome wide association study (GWAS) in pSS identifying several gene variants associated with risk for pSS. The epigenetic regulation of gene expression in multiple tissues from patients with pSS has also been investigated by our group.

Further studies aim to identify additional novel risk genes in pSS and its clinical phenotypes, including lymphoma, by analysis of the Scandinavian cohort in a GWAS and by sequencing of target genes in the DISSECT study. We intend to dissect epigenetic mechanisms by studying DNA methylation, micro-RNAs and histone modifications for regulation of gene expression in different cell types from patients with pSS. The interaction between HLA and environmental factors for the risk of pSS will be studied. Finally, the incidence of cardiovascular disease and other comorbidities in pSS will be investigated in an epidemiological study.

Rheumatic disease and risk for lymphoma

The risk for malignant lymphoma is increased in patients with rheumatic diseases e.g. rheumatoid arthritis, Sjögren’s syndrome, systemic lupus erythematosus (SLE) and some of the vasculitis.

In this project we study different aspects of these associations including epidemiology, rheumatology, immunology, histopathology, molecular biology and genetics. The overall aims are to increase the knowledge about mechanisms behind lymphoma development in inflammatory diseases and to improve the clinical care, treatment and prognosis for this group of patients.

We use national registries in combination with data from medical records and analyses of lymphoma tissues, we cooperate with national and international SLE-, Sjögren- and vasculitis-networks and we follow patients in a prospective study.  In this study, the AUTO-LYMPHOMA study, coordinated by Eva Baecklund, patients with an inflammatory disease who develop lymphoma are included and followed for five years for clinical data, blood samples and collection of lymphoma tissue. Oncology centres from the whole country are participating and the study serves as a basis for a number of studies of genetics and biomarkers for lymphoma development in inflammatory diseases. We also study safety aspects of anti-rheumatic treatment including follow-up of risks for lymphoma in patients treated with new biological drugs for rheumatic diseases. This work is performed in collaboration with the Swedish Biologics Register and the Swedish Medical Products Agency. Eva Baecklund was awarded the 2015 Uppsala country council research prize for the clinical implications of the research in inflammatory diseases and lymphoma.

The ANCA associated vasculitis (AAVs) include granulomatosis with polyangiitis (GPA) (formerly Wegener´s), eosinophilic granulomatosus with polyangiitis (formerly Churg-Strauss) and microscopic polyangiitis. These are serious systemic vascular inflammatory conditions which, without adequate treatment, can have a severe outcome with risk of permanent organ damage. Our hypothesis is that the clinical management of these diseases can be improved. A national network focused on the study of various aspects of the diseases has been established, with the objective, through careful clinical characterization and monitoring of patients with AAVs, to evaluate inflammatory markers, activation of immune cells, blood lipids and atherosclerosis, as well as possible genetic predisposition for specific clinical manifestations. So far published studies from the network include AAVs of the elderly, follow-up of patients treated with rituximab, epidemiological data on prevalence and incidence etc. In addition to this, we are conducting a genetic study in the Nordic countries aimed at identifying molecular mechanisms in the pathogenesis of ANCA-associated vasculitis, and studies of phenotype in relation to genetics (principal researcher Johanna Dahlqvist).