The dual role of Professor Per-Ola Carlsson as experimental and clinical scientist simplifies translational approaches, and the research group is active both at the Department of Medical Sciences and the Department of Medical Cell Biology. Studies are conducted to elucidate the importance of islet endothelial, neural, stromal or their progenitor cells for beta-cell regeneration and function, and to investigate the concept of islet heterogeneity. Other studies investigate the adaptation of pancreatic islets to the implantation organ, i.e. the so called engraftment process, following transplantation, and develop bioengineering strategies (coating of islets with supporting stem cells, oxygen carriers and growth factors, as well as with use of scaffolds) to improve results of pancreatic islet transplantation by enhancement of engraftment e.g. by improved revascularization. Human islets are tested in these experimental systems with a focus to produce clinically applicable protocols.

We also perform research to develop safe and effective means to generate new human beta-cells by stimulating adult beta-cell proliferation, e.g. by stem cell stimulation, or by stem cell differentiation in vivo. Clinical studies are performed to prevent development of type 1 diabetes in patients, e.g. by autologous mesenchymal stem cell transplantation, and to develop means for beta-cell imaging by positron emission tomography. We also conduct studies to improve the results of clinical islet transplantation, e.g. by encapsulation in order to avoid immune suppression of the patients. 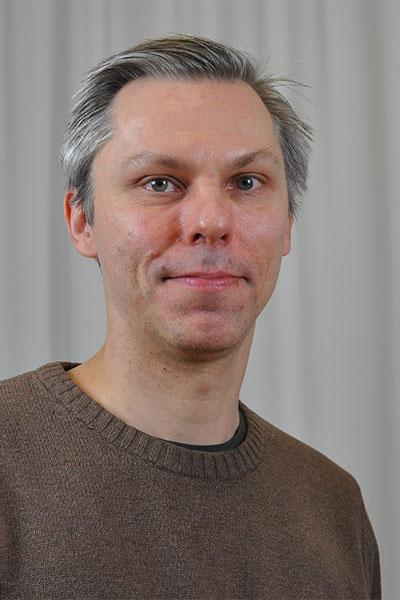 Professor at Department of Medical Sciences, Transplantation and regenerative medicine

Heterogeneity of pancreatic islets in health and disease

We have identified a functional reserve of islet endocrine cells in rodents. Normally 20-25% of islets are low oxygenated and with low protein biosynthesis, but these cells may be activated upon need during increased functional demands. On the other hand, more islets become down-regulated when beta-cell mass is increased. We have also observed that the most blood perfused islets, having a higher vascular density, have a superior beta-cell function, proliferation and gene expression. Noteworthy, these islets also seem more prone to develop amyloid deposits, more prone to cellular death when stressed by hypoxia or cytokines and are the first affected by disease at development of type 1 diabetes.

Communication between endothelial or neural cells and beta-cells

Possibilities to save residual beta-cell mass in newly diagnosed patients with type 1 diabetes by autologous transplantation with mesenchymal stem cells are tested in investigator-initiated studies. In a first phase 1/2a trial, we observed no adverse events of the procedure and preserved residual insulin production for at least a year. These individuals are now followed up to five years after diagnosis to investigate if the effect is sustained and the immunological changes to a Th2 phenotype persistent. We have also initiated a larger (national), blinded, phase 2 efficacy trial with the same concept. New techniques to visualise beta-cell mass are in parallel developed by positron emission technology using the PET ligand [11C]-5-hydroxy-tryptophane.

Clinical islet transplantation is hampered by the need of chronic immune suppression of the recipients. In a collaborative effort with Beta-O2, a newly developed oxygenized chamber to harbour the human islets is tested in an ongoing investigator-initiated phase 1/2a trial in type 1 diabetes patients. The macrodevice protects the islets from immune rejection, whereas oxygen is supplied daily into a refillable oxygen tank. A follow up study is also planned with instead transplantation of human embryonic stem cells derived to insulin producing cells within the same device.